When he was 15 years old Jacques started to work in the winery of his parents, who owned 20 hectares in the fins bois area. Due to health problems caused by pesticides he was more or less forced to start working biologically. That was in 1972. The first years were tough and the Brard-Blanchards limited themselves to the production of grape juice, pineau and wine. Nowadays they also make cognac.

Range: Estival, Sélection, VSOP, Vieille Réserve, XO.
They also make an eau-de-vie of Folle blanche grapes. They don’t call this a cognac, probably because it does not meet the required legal provisions to be called cognac. 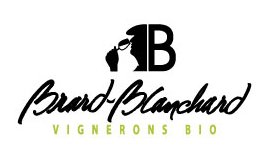