Created by Théophile De Laage de Meux in 1856 in Cognac. He had a distillery in Rue d’Isly. By the end of the century, he was represented in many European cities. He also won many prizes with his good quality cognacs. 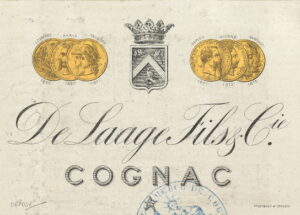 He set up a second distillery in Saint Savinien in 1875. He went there to live in the Chateau de Forgettes. He sold the distillery in Cognac in 1885 to Auboyneau who later sold it to Rémy Martin. 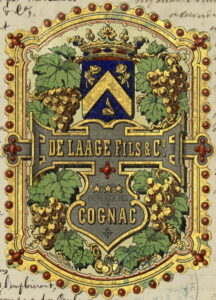 In 1976, De Laage was sold to Gemaco, which is part of the Belvedère Group.