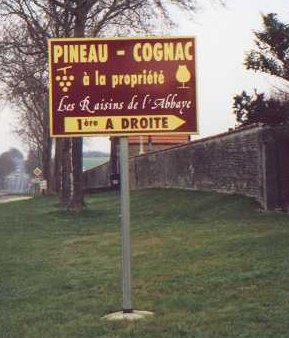 The Madé family has been making wine and cognac for generations. Guy Madé took over the company from his father André in 1967. Since 1992, his two sons, Thierry and Olivier Madé, have been in charge. In 1999, they started selling directly to individuals. Initially under the label Guy Madé, but nowadays under the name Les Raisins de l’Abbaye.
They own 27 hectares of wine, 24 of which are destined for cognac. Most of it is sold as wine for distillation. They keep a part for their own pineau and cognac, but they do not distil this part themselves either.
They also grow grain, maize, rapeseed and sunflowers.

Other brand you may encounter: Guy Madé.