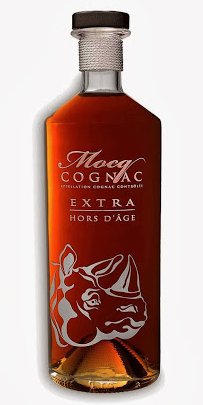 Francis Mocq founded his company M.V.M., a beverage wholesaler, in 2012 and sells cognacs under the Mocq label. The cognacs are produced by Dominique Philippon from Mosnac, with whom he has been working closely for decades. The Philippon family has been active since 1867 as a bouilleur de cru in petite champagne, making cognacs under the Jean Philippon label.
The cognacs produced under the Mocq label are predominantly blends, but he also has a 1972 petite champagne. He also distributes the Hubert de Sainte Croix cognacs, a label also owned by the Philippon family. Hubert de Sainte Croix was a lawyer who fought in the Crimean War and moved to Charente in 1865, where he bought the Logis de Mosnac. This is the domain that was bought by Philippon a few years later.