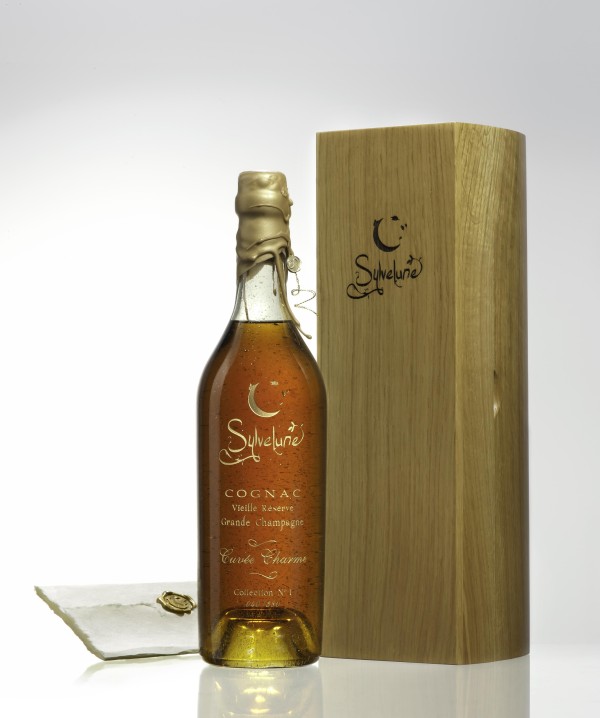 Sylvelune is a brand invented by Marianne Soupé. But it is not really clear whether you should call Marianne Soupé a cognac producer or a cognac dealer. She likes to shroud herself in mystery. On the one hand, this is the charm of the product; on the other hand, when you buy such an expensive cognac, you want to know exactly where it comes from. The name Sylvelune also suggests mystery and magic. Sylva and luna are two words from Latin meaning forest and moon. They refer to mysterious and natural forces (the forest) and to the dreamy and time passing (the moon).
Coming from a family of maîtres de chai (brother, father and grandfather), Marianne Soupé started to realise her dream of starting her own cognac house in 2009. Helped by an experienced maître-de-chai/assembler from the neighbourhood, she somehow managed to get hold of old stocks of grande champagne cognac and made about five assemblages. After a two-year preparation period, during which the assemblages could mature for another 12-24 months, she launched her brand in 2011. Who exactly made the assemblages – which are currently kept in bon-bonnes – is not told. Nor which producer the cognacs were bought from (although Louis Charlin from Jarnac is a good candidate for that). But she does all the work herself afterwards: bottling and corking, labelling, decorating the wooden cases and marketing. She focuses on the luxury segment of hotels and wine merchants. Each bottle is accompanied by a parchment document that proves its authenticity.

Update January 2020: The website no longer works and there is little current information about the brand.