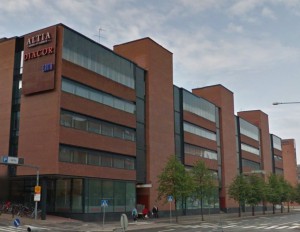 At a young age Johan Daniel Grönstedts was already involved in alcoholic beverages in Stockholm. In 1834 he took over a wine bar with a wine shop attached, which became very successful. In 1846 he opened a branch and in that year he made his first cognac from eau-de-vie which he imported from France.
After his death Georg August Wilhelm Schuldies became the new owner. By then, the name Grönstedts was already well established in Sweden.
In 1917 the company was taken over by the Swedish state as part of their alcohol regulation program. Alcohol was rationed. From 1955 it was possible to buy free alcohol again, but only in the Systembolaget stores of the government. Grönstedts remained part of Systembolaget until its sale in 2008.
Pernod-Ricard bracht het productieproces terug naar Frankrijk. Al na een jaar verkochten zij het merk weer door aan Altia, één van de grootste sterke dranken firma’s ter wereld. Altia is ook eigenaar van de cognacmerken Renault, Larsen en Amundsen.