First of all a disclaimer: I am not an expert regarding kosher food or drinks. If anyone sees a mistake on this page, kindly let me know and I will correct it.

To be kosher (fit to drink by Jewish people) a product has to comply by the kashrut, the Jewish dietary laws. If they comply, they receive a rabbinical seal of approval that is called a ‘hechsher’.

There are special bodies that carry out this investigation. They are called Kashrus agencies. Some of the most well-known are OU, OK, Kof-K and Star-K and each organisation has its own hechsher. 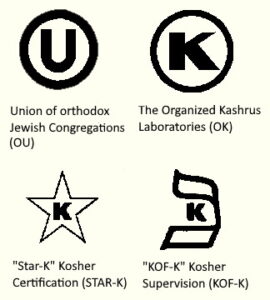 There are a lot more organisations. In fact almost every country in the world and every state in the US has its own agency. Some are more strict than others. That is why not everybody trusts every agency. People usually tend to trust the agency that is promoted by the local Jewish authorities of their country or their community.
An extensive list can be found here: list of Kashrus agencies.

If a product is deemed kosher, it has a certification seal to prove it.
The kashrut for products that can be used during Pesach (or Passover) are even more strict. If products are fit for consumption during Pesach it will bear a symbol with a ‘p’: OU-p or OK-p. Regarding cognac I have seen OU, OU-p, OK and OK-p  and Chasam Sofer being used. Sometimes the text kosher or kasher is printed on the label without the use of a hechsher symbol.

Some of the cognacs that are said to be kosher, do not bear a sign, at least not on the online representations of the bottles. In my opinion there are a few possible explanations. It could be that the cognac was approved once in the past and did have a hechsher then, but did not get an approval in later years. The shop selling it, uses the old information.
But it is also possible that the shop is just using a wrong picture and the cognac they are selling is kosher and the actual bottle does have a hechsher on it.
A third possibility is that the bottle comes with a (gift) box and the hechsher is on that box. To me that is a bit tricky, because the bottles are often out of their box on display and now and then the bottles do not find their way back in their proper boxes. If this happens a kosher bottle can be in a box without any hechsher and an other non-kosher bottle is put back in a box that has a hechsher.
It looks that as a buyer you have to be on your guard.

The Union of Orthodox Jewish Congregations publishes a booklet on a yearly basis in which they name the brands that were awarded a hechsher for that year. This can be downloaded for free. I was only able to find these publication for the actual year (2021), so they seem to remove the download links for older years.

Kosher cognacs, in no particular order: 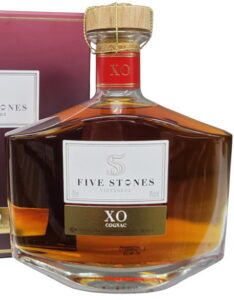 Five Stones Vineyards: XO.
This is an Israeli brand. The cognac is produced in France, but who produced it is not revealed.

Lautrec is a brand owned and produced by Godet. Godet itself also produces kosher cognacs under its own name. 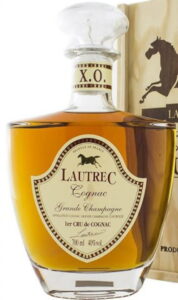 I could not find any ‘hechsher’, but several shops say it is kosher, kosher for Passover even.

These four are all Kosher for Passover. I have not seen any hechsher, but again, several shops say it is.

Both VSOP’s are Kosher for Passover. I have not seen any hechsher, but again, several shops say it is. 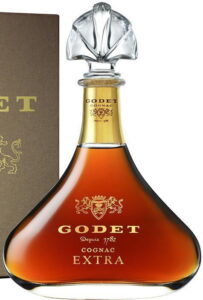 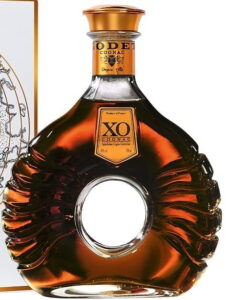 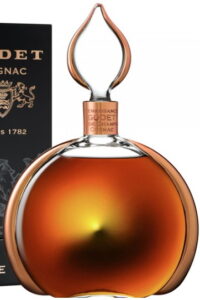 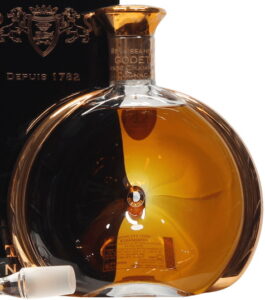 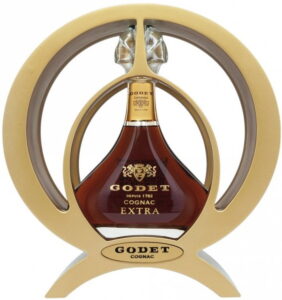 Dupuy is produced by Bache-Gabrielsen. Dupuy VSOP, Luxus Tentation and Dupuy Extra are in the 2021 OU Guide for kosher products.

Three VS bottles, a Luxus Tentation and a VSOP; all are said to be kosher but I can not find any hechsher symbols. I have not seen any back sides portrayed, maybe they bear a hechsher on the back. 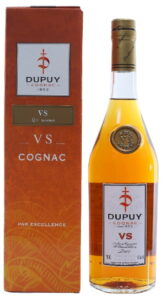 Not sure about this one. I can’t see an OU symbol on the bottle, but there is one on the box. The problem is, boxes tend to get interchanged in shops, because the bottles are taken out for display and have to find their way back into the box. Not always the right box!

Two VS bottles (look at the shoulder blob!) that are being advertised as a VSOP and an XO respectively that are said to be kosher for Passover. They seem to have an OU-p symbol on the lower left of the band that is portrayed over the actual label.

Here are a VS, a VSOP and an XO with OU-p symbols in the lower left. 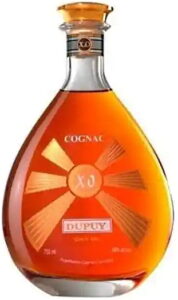 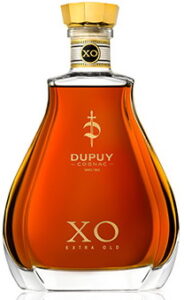 Two XO carafes, kosher for Passover and kosher respectively, but no hechshers. 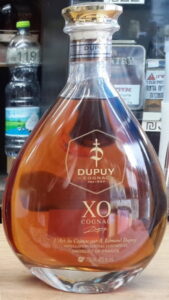 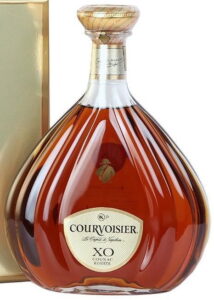 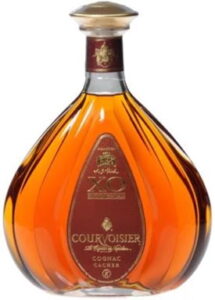 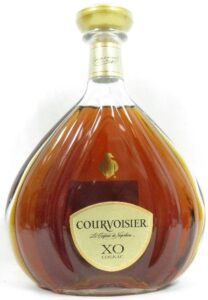 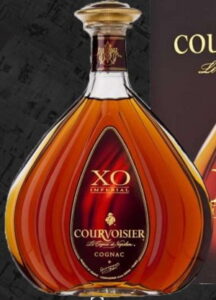 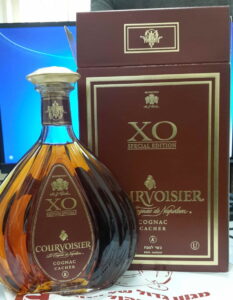 Deau (made in Moisans Distillery)

The above cognacs are said to be kosher. I have not seen a symbol, but there could be one on the back.

There seems to be a OU symbol on the back. 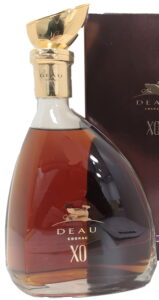 There is a Chasam Sofer symbol on the back. 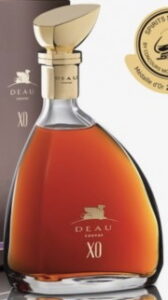 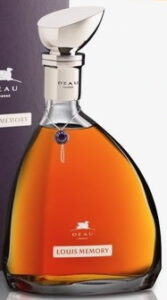 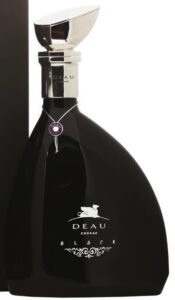 These Deau XO, Louis Memory and Black are all said to be kosher by several shops. I have not seen a symbol. 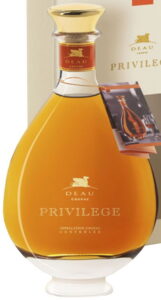 Roland Bru (made in Moisans Distillery) 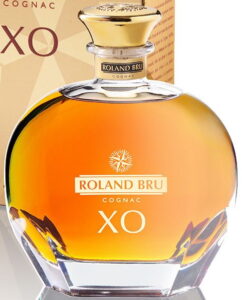 Said to be kosher by several shops. I have not seen a symbol. 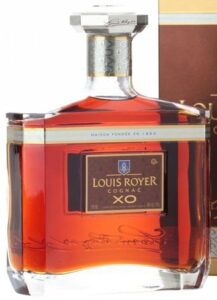 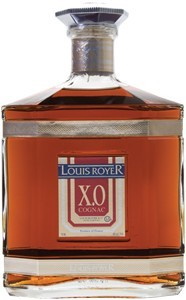 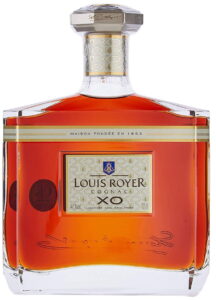 The first two XO’s have a clearly visible OU-p symbol. The third one has not, but is sold as kosher by several shops.

Both are not for sale anymore.

Brand made by De Fussigny. 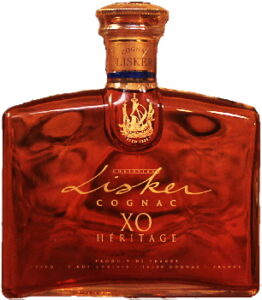 Marquis de Brim is a new brand that started in the mid 2010s. 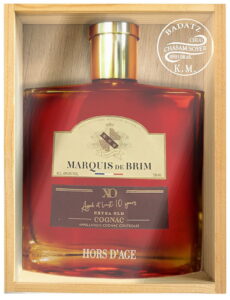 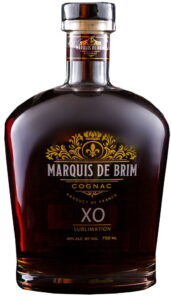 Lanxner is a brand produced by Staub, especially for kosher cognacs..

Not for sale anymore, sometimes in an auction. Also some miniatures that are kosher.