Rouyer Guillet, formerly a trading house in Saintes, now a trademark of CDG group in Cognac, 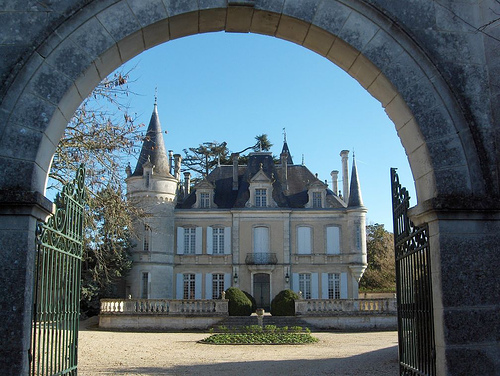 Very old company that originated in the town of Cognac and moved to Saintes in 1801. After 1900, little by little, they took over almost all the companies in Saintes.
From 1992 it became part of CCG. The Chateau Guillet in Saintes is still in the hands of the family as is the Chateau de Rochemont in Fontcouverte, near Saintes.

The family owns vineyards in the Borderies and in the Fins Bois. They also buy in the other cru’s.

As far as we know, Rouyer Guillet is still for sale in XO quality and Napoléon (Cheval Soleil).
With some regularity, old bottles of Rouyer Guillet are still offered at auctions. The vintages are particularly popular. 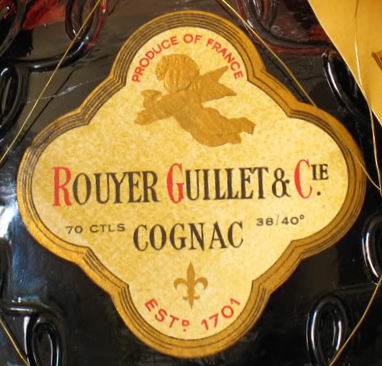 Other (brand) names owned by Rouyer Guillet or under which Rouyer Guillet has sold cognac in the past (CCG itself has many other brands, such as Meukow and Brugerolle)

(no website; visiting: see Meukow of the CDG group)