Denis-Mounié was a medium-sized, well-regarded cognac house in the city of Cognac. They have been the purveyor to King Edward VII. In return they created the Grande Réserve Edouard VII for this.
The most important logo of Denis-Mounié was the ´Gold Leaf´.

Due to these last transactions, it is not entirely clear who owns the Denis-Mounié brand now. They are no longer produced. However, old Denis-Mounié bottles still appear regularly for sale online. 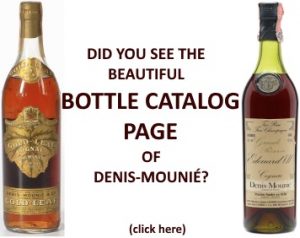 Denis-Mounié was in possession of the following brand names: 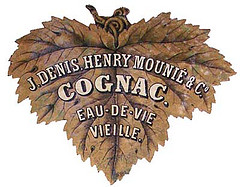