Up until around 1980 a winegrower did not spend much time and effort on the process of wine making. At that time people began to realize that any problem in this part of the process will be magnified later on during the distillation process. Distillation is in fact a process of concentration, so unwanted flavours will also become concentrated during the process and will be clearly recognizable in the cognac. So more and more attention is being paid to the all the different elements in the process of vinification, such as the bruising of the grapes, the temperature during fermentation and preventing bad grapes from entering the process. 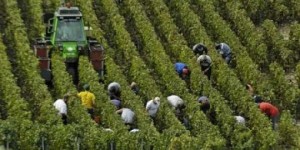 matured. But also the temperature during the picking is of significance. When it is too cold, the juices become neutralized, giving a thin, flat wine; when it is to warm, the yeasts on the surface of the grapes will be killed before they have done their job. Sometimes it is better to pick the grapes early in the morning before it is too hot and sometimes it will be better to pick them in the afternoon.
Errors made in this stage will become magnified after the distillation, because not only all beautiful flavours become more concentrated, also the undesirable ones.

In warm years the grapes will contain too high a percentage of alcohol when they are being plucked. This will give flat cognacs. Picking the grapes early will result in less maturity and thus less sugar content which in turn will result in wine with lower alcohol. It does not need saying that picking late will result in high-alcohol wines. Low-alcohol wines are preferred because to get the same amount of eau-de-vie, you have to distil more wine, and that will lead to a higher concentration of flavours. On the other hand this gives a lower yield and therefore higher costs.

Picking by hand is preferable, but with costs of labour getting higher, many farmers can no longer afford this. Luckily the current grape-picking machines are far better then they used to be, but it can not be prevented that some of the grapes are being damaged. Apart from preventing the grapes being damaged, when hand-picking it is at same time possible to sort out bad grapes and take care that leaves and stalks do not enter the presses.
It is recommended to press the grapes as soon as possible after they have been picked. If possible within two hours. 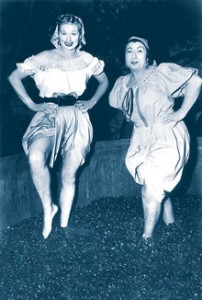 The traditional treading of the grapes has long been abandoned. It is a pity because it was a happy and entertaining activity although not very efficient nor hygienic. Pressing also involves making choices: gentle pressing or more vigorously. When the skins and stalks are being crushed, tannins are being released rendering sour and bitter wines. Nowadays an égrappoir is often being used to separate the grapes from the stalks to limit the amount of tannine that is to be released.

In the past a continuous screw press (Archimedes screw) was being used. Although being very efficient, they were forbidden by law in 1936. These screws bruised and pressed simultaneously, but too much must was being removed and the amount of lees was getting to high, giving difficult wines for distillation. As a result the quality of the cognacs was low and they had a burnt taste.

Because of yeast cells living on the skins, the Saccaromyces cerevisiae, grapes will start 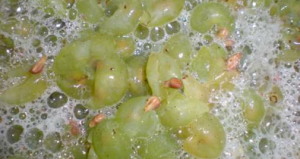 fermenting on their own. But nowadays cultured yeasts are also added for a better control of the process. This fermentation is called ‘le malo’ or malolactic fermentation, during which sugars are transformed into ethanol and carbonic acid (and warmth!).

During alcoholic fermentation volatile components like esters and aldehydes – that are responsible for the flavour – are already being formed. Fermentation lasts five to seven days during which it is important to control the temperature of the process by cooling: between 20 and 27°C is the right temperature. The vats for fermentation used to be made out of concrete, holding 100-200 hectolitres. But bigger and bigger stainless steel vats arise in the countryside, not really a beautification of the scenery. 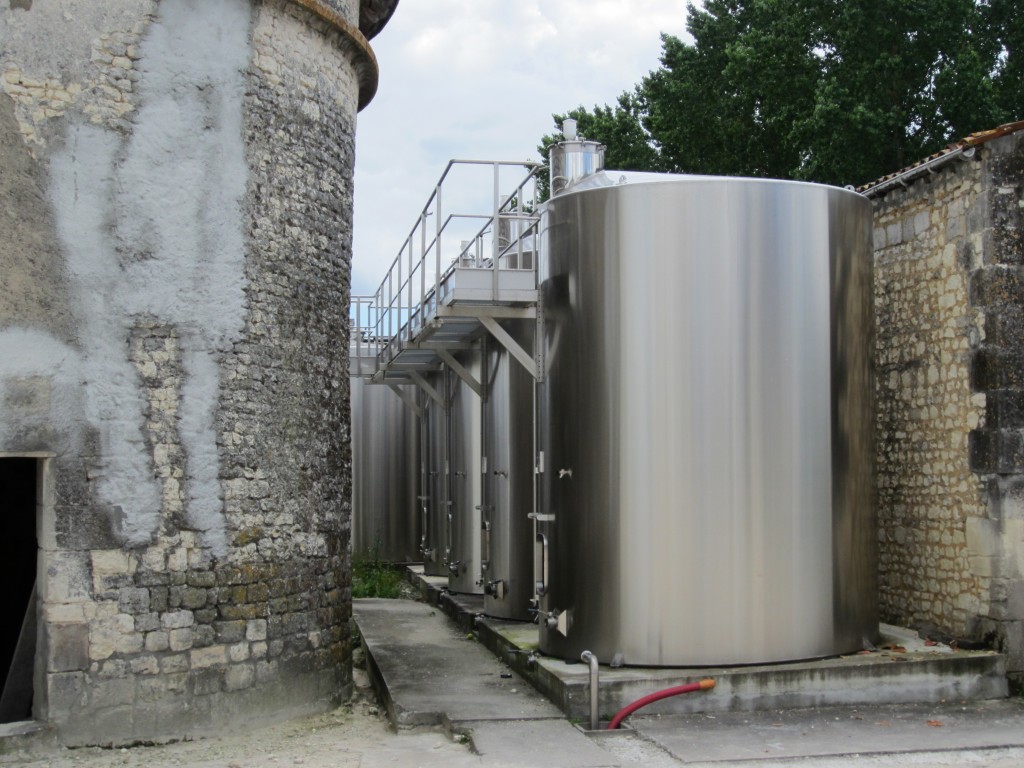 After the alcoholic fermentation it is possible to have a malolactic fermentation (le malo) in which the sharp malic acid is transformed into the milder lactic acid and carbon dioxide. But this will somewhat reduce the fruity character of the wine. The malolactic fermentation lasts for several months. It can be terminated by cooling the wine below 20°C, what is often done after a couple of weeks. It is called fermentation but it really is not, because it is initiated by bacteria rather than yeasts.

The alcoholic fermentation stops when 14-15% alcohol has been reached, because this kills the yeast cells, or when all sugars have been converted into alcohol. Stopping fermentation by adding sulphur dioxide is not permitted in Charente. The ideal strength of the wine is between 8.5 and 9.5%, but it may vary between 7 and 12%, the principal being: the lower the percentage, the more concentrated the outcome after distillation and of course a higher concentration in flavours.

After fermentation the yeast cells die and sink to the bottom along with the remainders of the skins, pips and stalks. This is called lee or lees. When the yeast cells have died, bacteria can start growing, especially oenococcus oeni, the bacterium responsible for malolactic fermentation. Malolactic fermentation will not always occur and is not essential for the making of wine. It will however give a rounder flavour to the wine.

The next step is distillation. The sooner this starts, the better. But because of the enormous amounts of must to be distilled, it often has to wait, sometimes several months. To buy more alambics to speed things up is simply to costly.