[Not to be confused with Albert Robin, a brand that is still being produced (by Prunier) and has also made beatiful posters.] 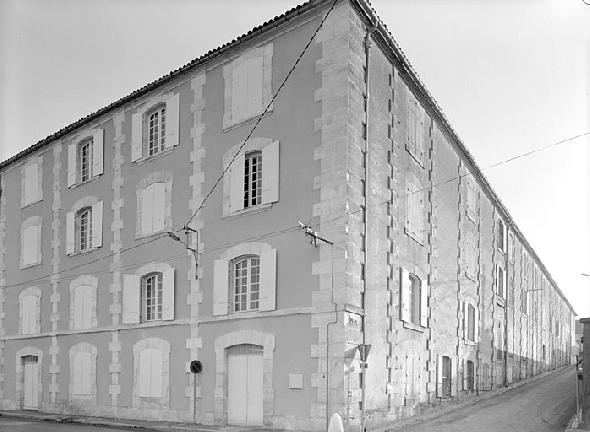 Jules Robin was born in 1815 as André Jules Robin and in 1850 founded the renowned cognac house Jules Robin. Yet we regularly find the dates 1782 and 1783 as the foundation date. And also 1845 is sometimes found on old Jules Robin labels. In 1783 an ancestor of Jules Robin started a company together with Guérinet: Guérinet et Robin (mainly wine export, but possibly also cognac). In 1830 Guérinet gave way for Mr. Gillet and they were called Gillet et Robin. Mr. Gillet died in 1845 and then the company (in 1845 or 1850?) was called Jules Robin.

Jules Robin made the company big and well-known. By the end of the 19th century it was the second largest in size (after Hennessy) and had a very good name. In addition, Robin has also worked to raise awareness of the good name of cognac.

Robin was highly dependent on exports, including to Asia, as a result of which the company suffered heavily during the Second World War. In fact, they never recovered from this setback, which forced Hubert Germain-Robin to sell the company to Martell in 1964 (or 1966; both dates are mentioned). They also owned a number of other brands, the most important being Briand (George Briand).
Other brands were: Folligny, Marquis de Salencon, Ménage à Trois and Trenais.

Jules Robin has made some beautiful posters, such as this one that beautifully illustrates the ties they had with other countries: 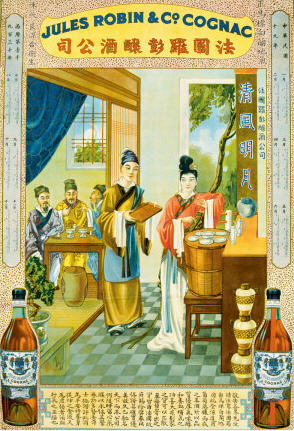 Hubert Germain-Robin later emigrated to the US where he started a brandy company.

Martell is sold to Seagram in 1988. Seagram already possess the Augier brand. Both the Augier and Jules Robin brand are placed with.

The subsidiary Augier, Robin, Briand is established in 2013 with the aim of producing these brands again, so it is possible that Jules Robin will return as a brand. 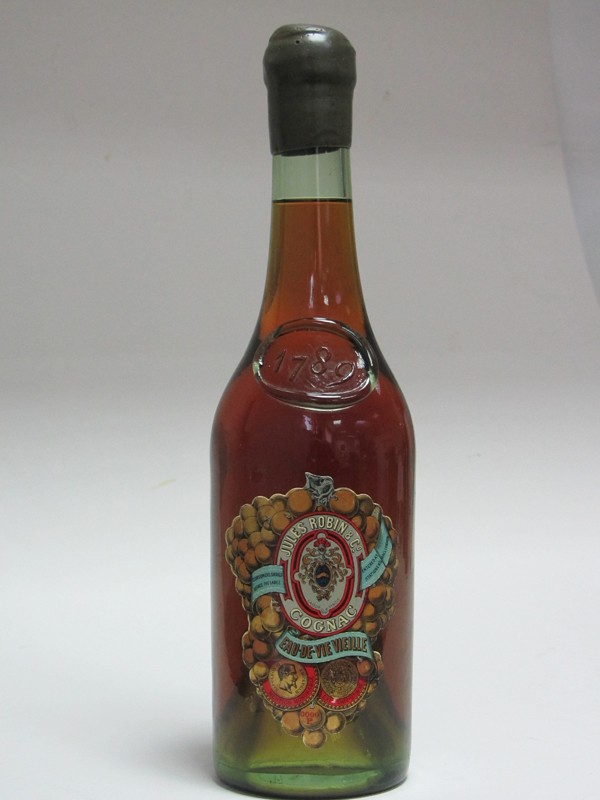 On the left we see a picture of a very old bottle of cognac from 1789. The cognac will be bottled in the mid 19th century. The label is a wonderful example of the very first labels that appeared. On the website of Paul Ronne (www.cognac-paul.com) you can find many more beautiful examples. Jules Robin also used special age indications during this period that can be seen on the Paul Ronne site, such as P, OP, OOOOP, VVO and VXO and others.

Other (brand)names that are owned by Jules Robin or under which Jules Robin has sold cognac in the past: 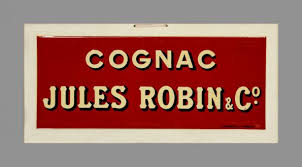