Their daughter, Amédée Victoire Louise (Louise) Hivert, married August J. Godet from La Rochelle in 1858, after which the name Hivert & Pellevoisin became the property of Godet.

Untill 1960 Hivert Pellevoisin cognacs were still produced. On auction sites sometimes bottles are offered for sale, often also miniatures.
The Louise Hivert brand is also occasionally made, with Hivert-Pellevoisin named as the producer, but it is actually a secundary brand from Godet.

Hivert & Pellevoisin were in possession of vineyards and also the beautiful Chateau La Clavier, which therefore became the property of Godet too. This Chateau was claimed by the Germans in World War II and has not returned to the Godet family. It was completely burned down and then restored. It is currently used as a hotel (Hotel du Chateau in Lagord, just outside La Rochelle). 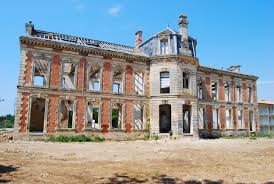 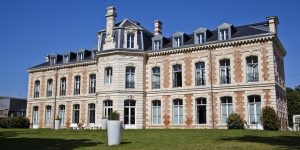