Exshaw was founded in 1805 by John Exshaw, who bought young cognacs and let them mature in France. Very contrary to the custom of the time, because English traders ususally shipped their cognacs to London to let them age.

His son Thomas-Henri continued the company and exported to various countries where England ruled. The company gained a lot of prestige and was well-regarded in the first half of the 20th century. After the Second World War however it lost a large part of its market share and started to struggle.

Exshaw has been withdrawn from the market for some time now, but although it is still possible to buy bottles from old stocks, Exshaw is no longer produced. Exshaw number 1 is highly regarded.

The last produced qualities were XO and Extra Age d’Or, both grande champagne.
In addition millesimes are regularly offered. 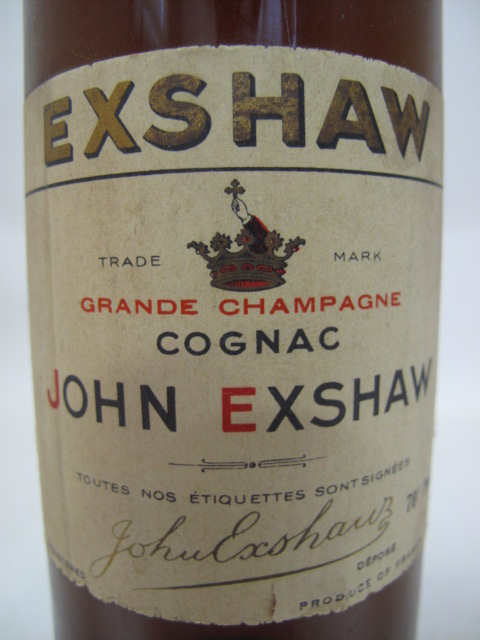