[Not to be confused with Jean-Claude Briand in St. Yriueix sur Charente, nor with Gaston Briand whose name is associated with the Marcel Ragnaud brand.] 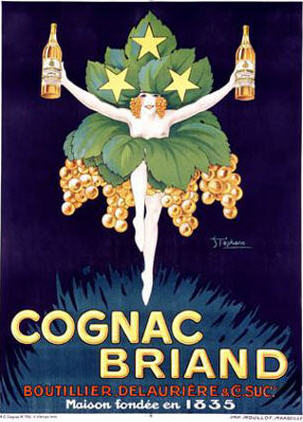 Bottles of the Briand brand still pop up regularly. Briand used to be an important brand. They owned several properties in the city of Cognac.

Brands that were owned by Briand: