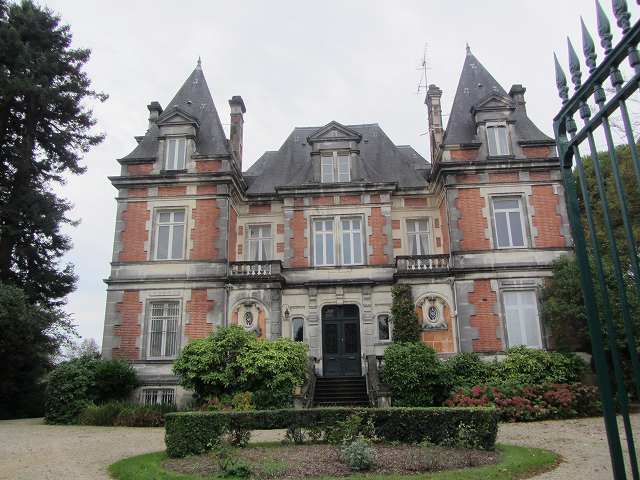 Although some old labels state that 1875 is the date of establishment, it actually is 1853.

Royer buys Domaine du Ménis in Saint-Fort-sur-le-Né in the grande champagne district. This acquisition includes stocks of old eau-de-vie. This a new development since for the first time they posses vineyards of their own.  But it is not said that they will produce wine of their own to distil. Jerome Royer told in an interview that they just would like to walk through the vineyards and to get acquainted with the work in the vineyard.

Royer uses Limousin oak for storing and maturing their eau-de-vie. According to Conal Gregory (1997) they partly use Tronçais aok, but very possible they have reconsidered their choice. The casks are lightly toasted. The first three months the eau-de-vie is stored in new casks and after that six months in casks that are being used for the second time. This way they prevent the cognac to become to woody and to preserve the fruit taste.
Royer adds sugar and caramel in their cognacs.
All the regular cognacs under the Royer label are now made out of grande champagne, petite champagne and borderies. But they still produce a series of single cru (bons bois, fins bois, borderies, petite champagne en grande champagne) of outstanding quality.
They also produce ‘Joseph Guy’, made from bons bois and fins bois.

Their logo is the bee. Often you can also see the honeycomb used on the label.

Other brands in possession of Royer or which have been used in the past by Royer: