Roullet-Fransac, merchant in Cognac (now owned by the Changyu group) 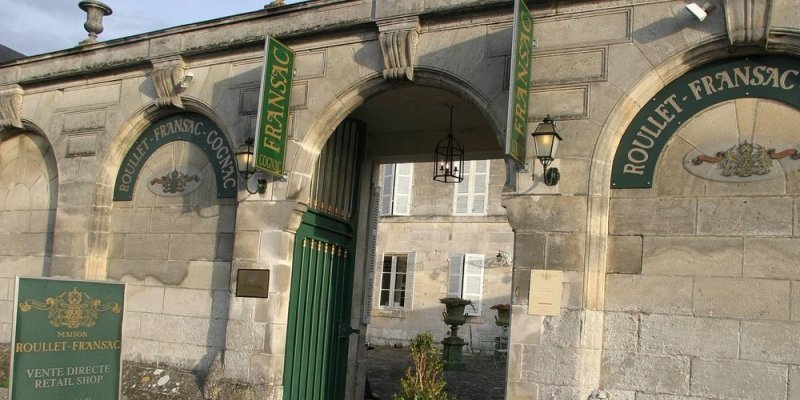 This monumental building once belonged to Martell. Roullet-Fransac bought it and it houses the Logis de Saulnier.

Roullet-Fransac is originally established in 1838 in Chermignac on the Rue des Forges, probably the same building where now Vallein-Tercinier houses. Nowadays they are on the Quai des Flamands on the corner with Rue Saulnier, so they are practically neighbours of Hennessy. It was Georges Roullet who bought the chateau from Martell when they were sold to Seagram in 1988. In the chateau is now also the luxurious Logis le Saulnier.

In 2013 there was a take-over by the Chinese Changyu group, the biggest and oldest wine-producing company of China.

Roullet as well as Roullet-Fransac pride themselves to have been among the first to sell cognac in glass bottles. This seems to indicate the existance of some family-ties between the two. Denis-Mounié and Jules Robin belonged to this little group of firms too. The son of the previous owner of Denis-Mounié was also the owner of Fransac.It is a little sad by the way, that so little information is preserved on the history of all these beautiful companies.

Roullet-Fransac owns vineyards (grande and petite champagne) and a distillery.