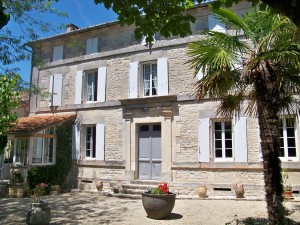 Rémy Couillebaud isa 6th generation winegrower and cognac producer. His family was establisher here in 1867, the year that the first alambic was installed. Rémy started direct sales in 1969.
He has 33 hectares at his disposal and does his own distillation.