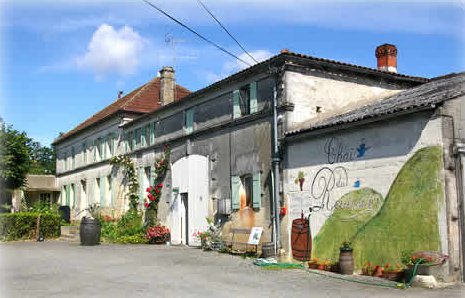 The family Chapon started growing wines in 1973, but they have been active farmers in Ozillac long before. Guy Chapon and his son Didier also have installed an alambic. They are a bouilleur de cru, but is is not mentioned anywhere wether their vineyards are in de fins bois or the bons bois district. Officially Ozillac is a fins bois community and because their soil is described as being lime-clay soil and pebble-clay soil I assume it must be fins bois.  However, I am not entirely sure.

An organized walk through the vineyards is possible.