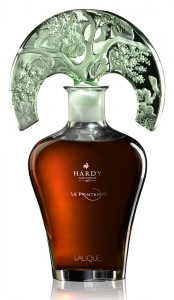 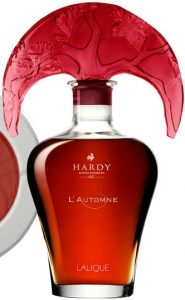 In 2015 the L’Eté of Hardy appeared on the market. It is part of a series of four of which two are now on the market and two others are to follow in the next two to four years.The first one appeared in 2013: Le Printemps. Both bottles are made of crystal by Lalique and only four hundred bottles were made of each. The beautiful decanter with its artfully sculpted crystal stopper looks a lot like a perfume bottle. They contain a grande champagne blend made of 75 to 95 years old eaux-de-vie, produced by Armand Hardy.
The bottles come in a round box, made of white and pastelcoloured leather. L’Eté costs around $14.000 and Le Printempes approximately $13.000.
The first bottle, Le Printemps, was produced to celebrate the 150th anniversary of Hardy.

Update 2019: L’Automne has been released. 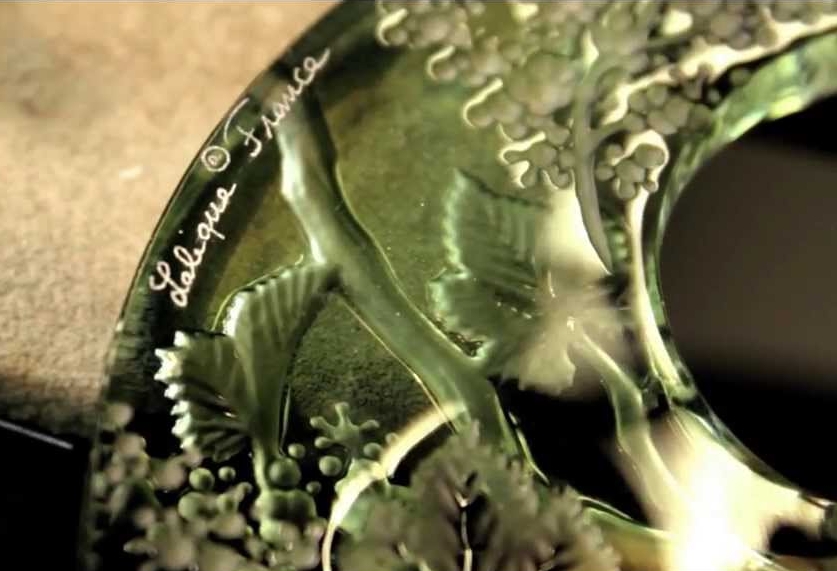 Hardy is among the first to produce very expensive and luxurious bottles. As early as 1981 they made ‘Perfection’ that was for sale for around $13.000. Five other ‘Perfection’s’ were to follow, all named after one of the elements. Preceding the Perfection was another lush botte called ‘Casino’, made of Baccarat crystal, but not much information about the bottle has remained. Both bottles were made by Daum Crystalleries in nancy. 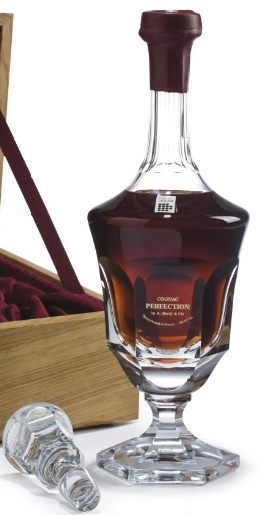 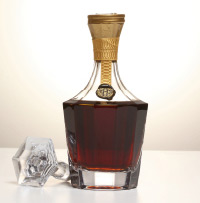 Left is the Perfection, Casino is on the right.

The Hardy series named after the elements are famous. They appeared between 1996 and 2011 and are called Perfection Eau (water), Perfection Flamme (fire), Perfection Air (air), Perfection Terre (earth) and Perfection Lumière (light). They are all old cognacs of exceptional quality. The carafes were also made in collaboration with Daum.
Two other bottles were made with Daum: the Noces de Platine (1997) and the Noces d’Albatre (2006). Again these are made of very old eaux-de-vie.
After 2011 they started working together with Cristalleries des Vosges and Noces de Diamant and Noces de Perle were produced.
Very soon thereafter the partnership with Lalique followed. 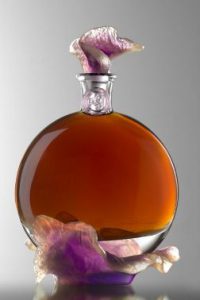 To complete the Noces-series I have put these two bottles, but both are a lot cheaper so they actually are not part of the “extravaganza”. Argent costs around $115 and Noces d’Or (well) under $200. 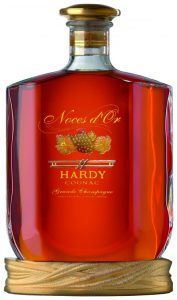 A very special cognac, bottled in 1983 by Armand hardy. It is made of grande champagne cognacs from the years 1906, 1908 and 1914. It is sold in a cognaçaise type bottle together with an empty carafe designed by Marie-Claude Lalique. The case it comes in is made of beautiful red leather. Only 333 copies have been made, Prices vary a lot: between $4.500 en $11.500. 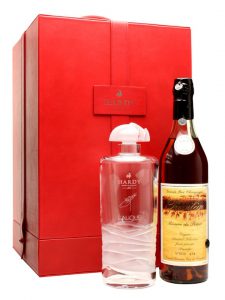