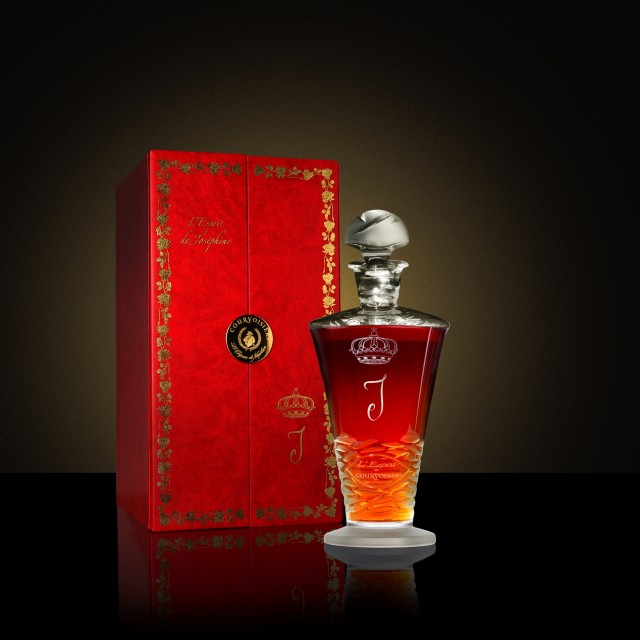 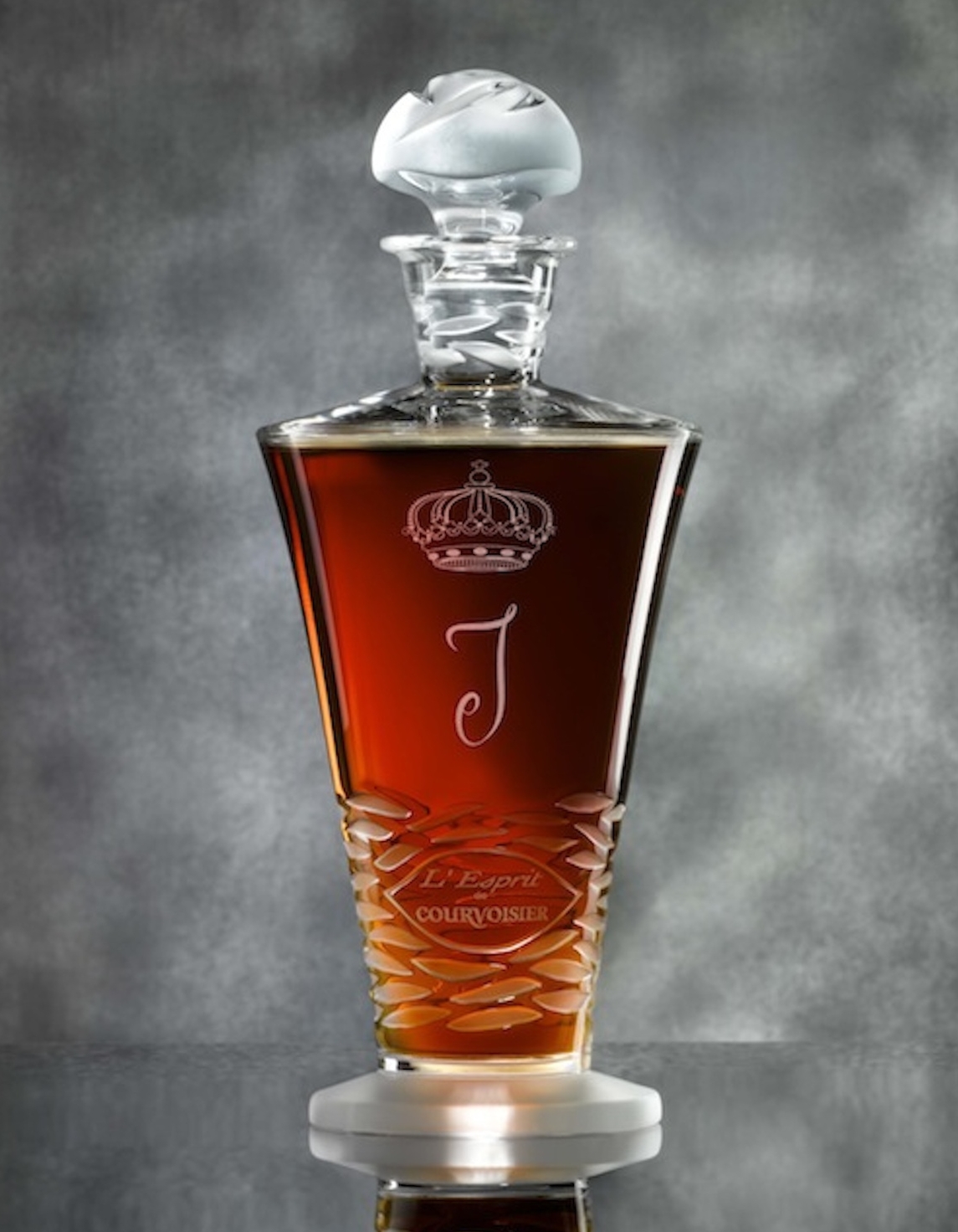 Courvoisier has produced several extravagant bottles of cognac, but this last one they produced tops the bill: it will cost you $13.500. The house of Courvoisier is very linked to Napoléon and therefore it is to be expected that they would name one of their top cognacs after Joséphine de Beauharnais, the first wife of Emperor Napoléon Bonaparte. Ths beautiful decanter is designed and made by Lalique, the company of French origin that was established by René Lalique in 1887, but has been sold to the Swiss company Art and Fragrance in 2010.
Joséphine de Beauharnais was sometimes called the Patroness of Roses, because of her interest in gardens and specifically in roses. This carafe was inspired by this theme and the cognac inside is a borderies cognac. The borderies is well known for its floral character. The eaux-de-vie they have used are all very old, partly of the 19th century and partly of the beginning of the 20th.
Only 8 copies were made (although I have read somewere that 14 copies exist.) 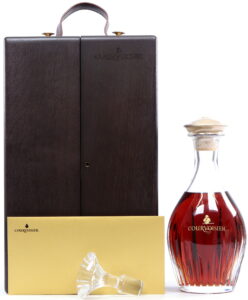 This time the bottle was not made by Lalique but it is a Baccarat crystal decanter. The cognac itself is a blend of eaux-de-vie dating between 1869 and 1914, of which a rather large part hails from the exceptional vintage 1893. It comes in a stunning mahogany coloured box, with a hidden key compartment! Fifty copies were made and they cost around $10.600.

In that same year a third exceptional product was put on the market: the Tribute Borderies. It is a Demi-john, a big wicker bottle, that contains enough voldoende to fill at least fourty bottles. It is made from hundred percent borderies cognac from a single estate that have aged a minimum of sixty

years before being transferred into Demi-johns in 2009. The Demi-john contains enough cognac to fill up at least fourty bottles. It costs a little under $75.000, so almost $2.000 per bottle. But if you want, they are willing to fill up the bottles for you. 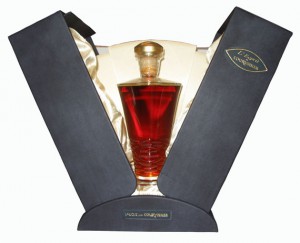 To celebrate the new millennium, Courvoisier’s

cellarmaster Jean-Marc Olivier, created a unique cognac made out of some very old eaux-de-vie. Three of the vintages that were used are 1802, 1865 and 1910, but none of the other eaux-de-vie are younger thand 1930. In 2000 it was Courvoisier’s most costly spirit.  The beautiful decanter is made by Lalique. Of course only 2000 copies were made. The price at the time was around $5.000.

But some time before 2000 Courvoisier was already involved in the business of making exceptionally and expensive bottles. In 1988 they began with the Erté-series. These series of originally seven bottles were all designed by the Russian artist Romain de Tirtoff (1892-1990), who called himself Erté (R-T, after his initials). The illustrations on the bottles each represent a different stage in the cognac-making process. The illustrations are really gorgeous, and you should click them to see them in their full size and glory.

Each bottle is made separately and undergoes a very intricate process. It is coloured with 18 different silkscreen colours and baked four times in a Kiln oven. Then it is handpainted with rare pigments and 24 carat gold. The names of the bottles are Vigne (vine), Vendanges (harvest), Distillation, Vieillissement (ageing), Degustation (tasting), L’esprit du cognac, La part des anges (the angels share). At the time the price of each bottle was around $1.125, so not extreme costly. 12000 Copies of each were made. They all are grande champagne cognacs, but each stage contains a different blend, though each blend has a little bit of the 1892 vintage, which was the year of birth of Romain de Tirtoff, and on average each blend is sixty years old.

There were seven bottles originally but in 1995 an eighth bottle was created in honour of the artist who had died in 1990. The design of this eighth bottle was made earlier by the artist himself but it was rejected because of the half naked girl on the bottle and Courvoisier forsaw problems for the American market. The name of this bottle, Inédit (unreleased), is in reference to this incident.
The Erté-series is a real collectors item. Bottles are still for sale, somestimes in shops but mainly at auctions. Prices are around $1.100 and $2.500. On occasion the whole series is put up for sale. Expect to pay $25.000 if the series is complete and with their boxes.

Even the back-sides are beautiful.

Overview of the Erté bottles.