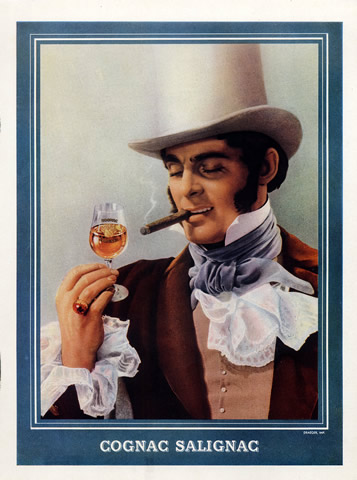 Salignac is property of Courvoisier (which in turn is owned by Beam Inc.) and can be regarded as a secundary brand of Courvoisier.
In the first half of the 19th century Pierre-Antoine de Salignac had some very innovative ideas. He wanted to challenge the three giants (Martell, Hennessy and Otard-Dupuy) by focussing on the quality of his products. He ganged up with several hunderds of winegrowers to form the Société Propriétaires Vinicoles de Cognac. He then started classifying his cognacs by district (like they did in Bordeaux) and suggested to age cognacs longer. As a result sales went up and so did the sales prices. Around 1870 Salignac and his Société Propriétaires Vinicoles de Cognac was the second biggest firm, only surpassed by Hennessy.

Other brands in possession of Salignac or wich have been used in the past by Salignac: