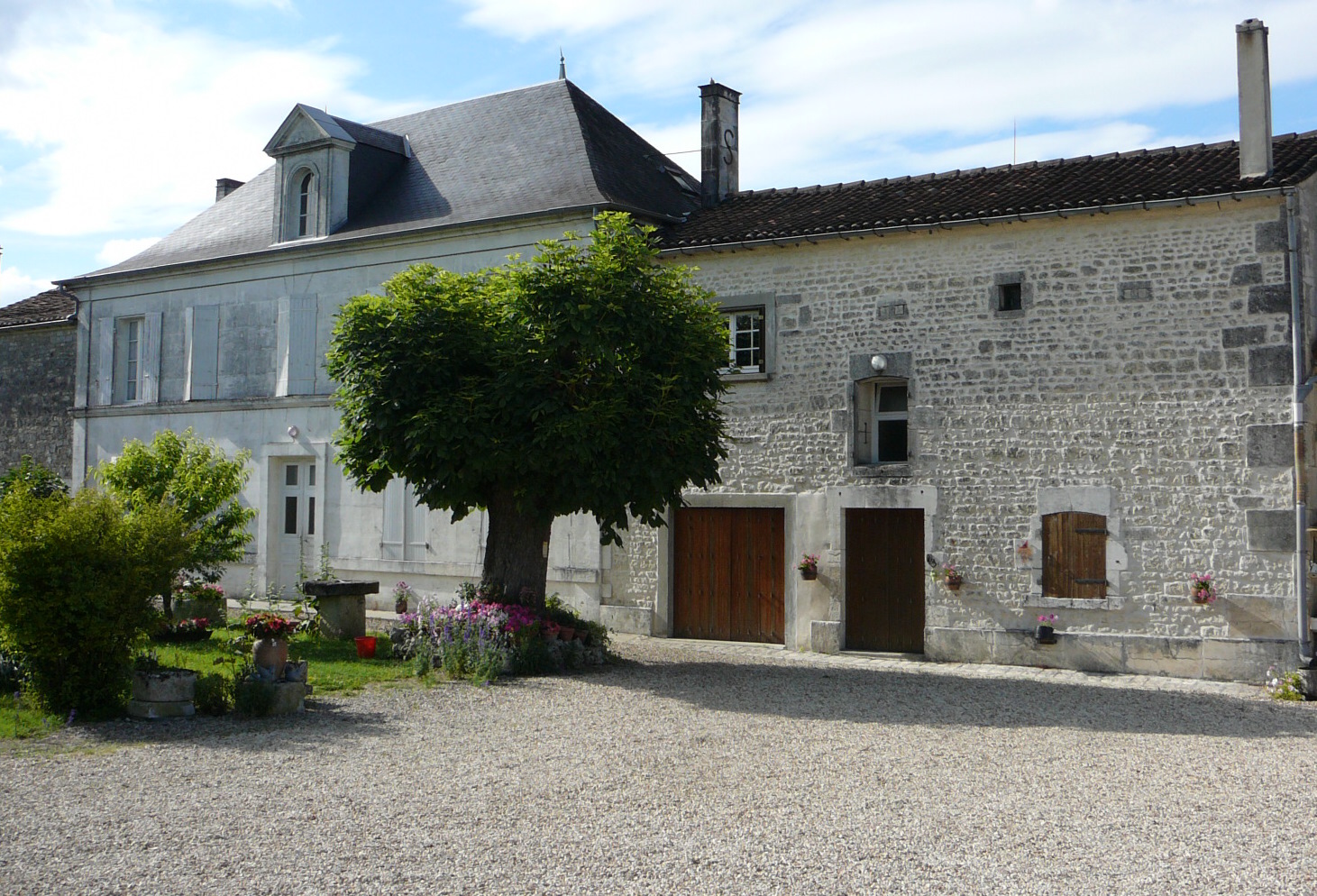 This beautiful house just east of Ségonzac was bought by Jean and Ernestine Gonthier in 1909. It was a mixed farming business: cattle-breeding and growing of corn and grapes. In 1934 it was continued by their son-in-law, Dély Forgeron.
In 1960 Michel Forgeron took over. He inherited one third of his father and starts with 2 hectares of wine and 4 hectares of agriculture, but already in 1965 already is planted with grapes. That same year he installes an alambic, marries to Francine, and the two of them begin to build their company. At first they sell to the major cognac companies but as of 1977 they start to sell their own cognacs with the brand name Forgeron.
They expand and in 1998 they own 16 hectares, a respectable vineyard. His son Pierre takes over in 1999 en further expands his vineyard to 24 hectares. Pierre’s brother Christophe has also joined the company.

They recently started a new, more modern line: Salamandre VS, VSOP and XO. They hope to appeal to a younger audience. The content of these bottles is identical to that of the classic line.