[There are several Lagrange’s and they are not to be confused: Chateau de la Grange, the company name of Bouron in St.-Jean-d’Angély; La Grange and Lagrange, two brands owned by Rouyer Guillet that have disappeared; Moulin de Lagrange in Lorignac, owned by Christian Thomas of Beaulon].

According to Conal Gregory (1997) the company does not own any vineyards, but Nicolas Faith mentiones in 1987 (The Mitchell Beazly Pocket Guide to Cognac and other brandies) that they have 15 hectares of Borderies; and we read at Paczensky (1988) that they own 65 hectares of wine, 13 in the Borderies area and for the rest Fins bois and that they also hold another 75 are Grande champagne in reserve. Probably some changes were made when they moved the company to Otard.

The Gaston de Lagrange firm also has the following brands: 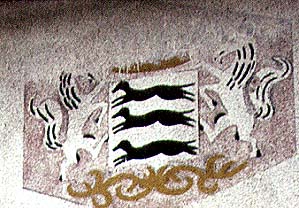 Gaston de Lagrange does not have its own website.